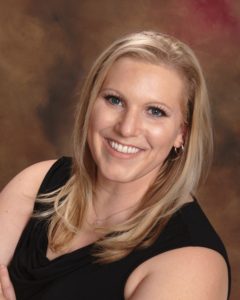 Ms. Isaac-Emery specializes in parent training and in working with teens and adults on the autism spectrum

Autism Career Pathways announced that Kimberly Isaac-Emory has been appointed to a seat on their board of directors.  Ms. Isaac-Emory is a long-time ASD Specialist with a focus in working with adolescents and adults on the autism spectrum. Her areas of expertise are Relationship Development Intervention® Programming, cognitive- behavioral/person-centered therapy strategies with children, teens, and adults on the autism spectrum, parent and teacher education, training, general consultations and program troubleshooting.

During her career Kim has presented at autism conferences in Arizona, Texas, Colorado and to general audiences in Arizona, Nevada, Texas, New Mexico, Maryland and Connecticut, speaking on the topics of Relationship Development Intervention, the core differences of autism, social and emotional development, working with teens and adults on the autism spectrum, building relationships in autism, dynamic and mindful thinking and general support workshops.

From 2011-2015, Kim was the co-host of Understanding Autism, a radio show in Phoenix, Arizona and from 2015-2016 she was the autism correspondent for the Theories of Mind radio show on 1110am KTEK in Houston, Texas.

“I’m very excited to have Kim on board with the ACP initiative as she has a wonderful track record in her work with autistic teens and adults,” says ACP President, Maisie Soetantyo.  “I expect her to make some invaluable contributions to the upcoming programs.”

Founded in October of 2019,  Autism Career Pathways seeks to educate and empower small-to-medium business owners to hire differently-abled (DA) adults as interns or employees, to provide resources for home grown businesses and workplaces, to create tools and resources that any small business can use to assess, hire and manage employees with differing abilities nationwide and to promote a sense of belonging and a space for personal growth within each workplace through a mentorship curriculum